10.10.2014
Bandoneón player/composer Carel Kraayenhof has invested most of the past two years on his new album:
‘Liberación’

Freedom
Carel Kraayenhof is a traveling musician. His inspiration comes from the richness from local music, which he encounters during his tours. Music from people who leave everything behind hoping to find a better future somewhere else. Music from slaves who are forced to move to a new continent. Music that brings comfort to a new and strange place. Music without borders, where a call for freedom shines through; may this music be called a tango, tumba or klezmer.
Once again our world lives through a turbulent period; so many people fleeing, running away from hunger, poverty and war. And once again the entire world is watching. How have we become so indifferent, as Pope Francis says, to others? Are musicians able to bring this indifference to the surface, and maybe even soften it?

Sailors
Musicians are similar to sailors: when they are home, they dream of the sea, of concerts in far away countries; but when they are travelling, they wish they were home, their hearts warm from thoughts about their loved ones. In this process of dreaming and hoping, but also from the pain of saying goodbye and being away, new music comes to life; straight from the heart. Carel Kraayenhof lets himself be inspired by all he feels, hears and experiences. In this way he wrote ‘Lampedusa’ and ‘Aleppo’ and made a new arrangement for Astor Piazzolla’s “freedom tango” ‘Libertango’. But Carel is also inspired by his direct environment, one of the results is ‘Ida y Vuelta’: a song in honor of the first violin player Bert Vos’ mother, the Jewish writer Ida Vos. Who, as a young girl, was forced to go into hiding during the Second World War. Even though the theme is at times dramatic, the new album Liberación brings particularly hope and joy, freedom is broadly celebrated! Carel does this together with the musicians of the Carel Kraayenhof Ensemble. In addition to Carel’s new compositions, in this album you will find some of his special tangos, such as ‘El Corte’, ‘Un Tornillo’ and the milonga ‘El Fuego del Fueye’.

Biography Carel Kraayenhof:
Carel Kraayenhof (1958) started his musical career as a piano player and started to play the bandoneón when he was 26 years old. After playing folk music for several years together with his brother Jaap, he discovered the Argentine tango. Soon enough he became a master of the traditional tango as well as the tango nuevo. Carel often collaborates with nationally and internationally renowned orchestras. He has worked together with world wide famous artists such as Sting, Joshua Bell, Yo-Yo Ma and Ennio Morricone; in the Netherlands his talent was shared with musicians such as Bløf, Andre Hazes, Trijntje Oosthuis, Paul de Leeuw and Janine Jansen 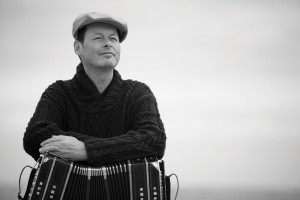