On the new CD Liberación, in which Carel worked on for over two years and was released at the end of October, there are many new compositions related to the theme ‘Freedom’. Two of these compositions are ‘Cry for Freedom’ and ‘Aleppo’.
Currently there are important talks being held between Carel Kraayenhof and the refugee assistance in The Netherlands looking into the possibility of Carel and his ensemble giving a concert, in november, to the Syrian refugees which are sheltered at the IJsselhallen in Zwolle. Carel did not have any idea that this could be a possibility two years ago when he started this project. He feels deeply with these people who had to leave everything behind (at times even their own families), fleeing from so much violence in their own country. Carel hopes that his music can bring some healing and distraction to the people.
But the main idea is not just to play a concert, pack up and leave. His dream is to “add something” to the refugees which will remain with them for the long run. Completing the dream is to gather music instruments and distribute them at the refugee camps, so that people who used to play music at home can go on bringing a bit of happiness to the their situation. Should you wish to know more about this, please follow Carel on Facebook or Twitter. You can also send us an email to: liberacion@carelkraayenhof.nl 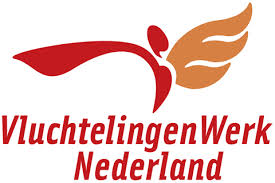