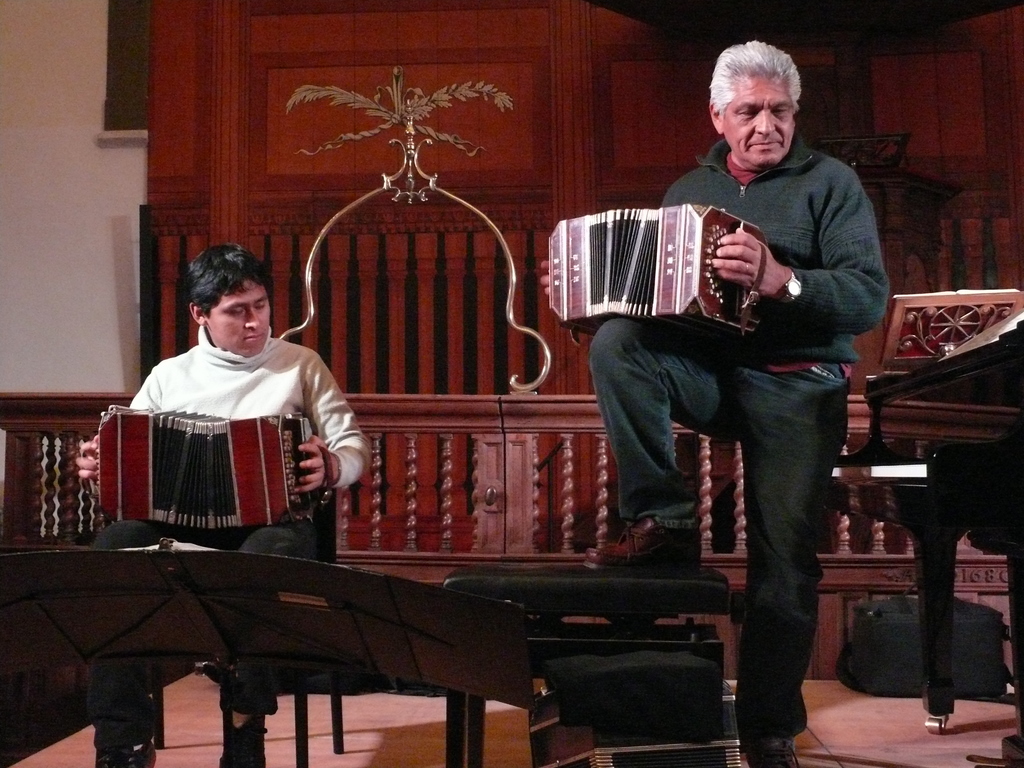 As you might know Carel Kraayenhof and Thirza Lourens are working on a fund-raising project to bring bandoneons to Northern Argentina in Jujuy. We’ll give you a little update.

Carel has performed on a charity-concert organized by foundation Paint a future. This concert brought enough money to buy one bandoneon (€4000). The Director of the Paint a future foundation, Hetty van der Linden, has already brought the bandoneon to Jujuy. Carel’s bandoneon tuner and restorer, Rocco Boness, has donated and performed the restoration of this bandoneon.

Carel has performed on a charity-concert organized by the ‘Dream a future’ foundation where €3000,- was raised. We also received a number of private donations at our foundation ‘Clavel Rojo’. We’re so grateful for this.

Carel en Thirza will continue their fund-raising project and charity-concerts throughout this year, their goal at the end of the year is to bring at least 4 bandoneons to Jujuy .

If you’d like to help Carel and Thirza with their fund-raising project by donating money, that is possible by transferring it to:

In the picture: Student and teacher from Jujuy on bandoneon, Daniel en Fabian (also seen in the documentary ‘El sonido de bandoneon’ directed by Jiska Rickels)