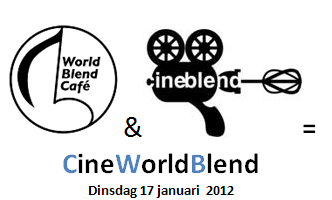 The first edition of 2012 is dedicated to Music and Documentary Cinema, in cooperation with SAVAN (Foundation Audiovisual Antropology Netherlands).

According to documentalist Frank Scheffer music is the richest form of art. In film however music often fulfills a secundary, supporting part. This will be different, when music is the main issue of the film. How do you, being a documentary-maker,  picture music? What is required for a good music-documentary? Does a music-documentary differ from an ‘ordinary’ documentary? And what do composers, musicians and programmers think of these films?
On the basis of film- and musicfragments will be discussed with programmers, musicians and film-makers.

Guests:
Carel Kraayenhof, the most famous Dutch bandoneón-player.
Simon van Melick: programmer of ‘Play’, an international musicfilm-festival, of which the first edition took place in Amsterdam lately.
Frank Scheffer: film-maker and producer of many decorated music-documentaries.
Filmmaker Jiska Rickels, her youngest film El Sonido del Bandoneón had its premiere during the IDFA in November 2011.
Patricio Wang: Multi-instrumentalist and composer of a.o. film-music.