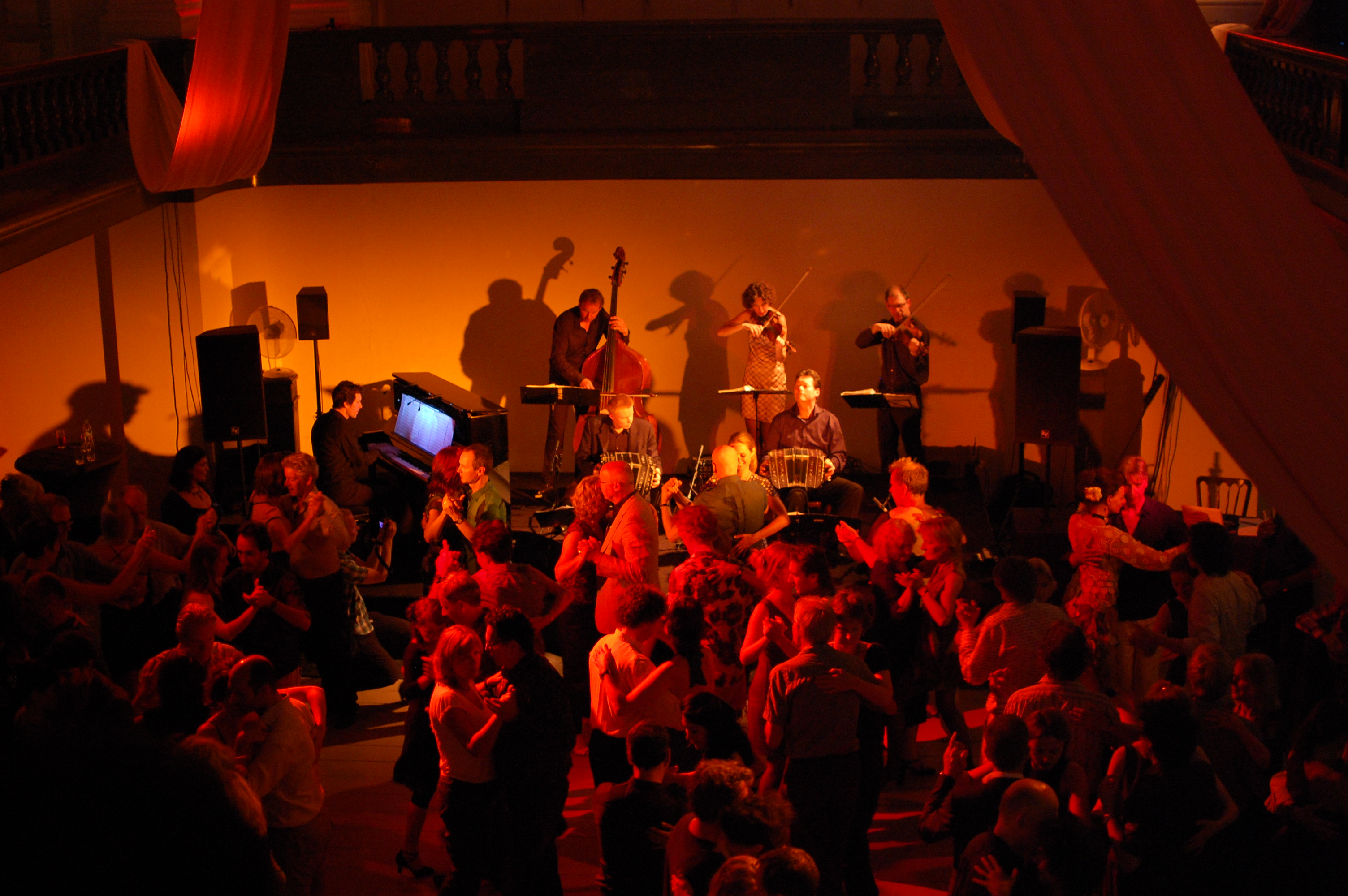 2012 is a special year for Carel. Not only does he play the bandoneon for 25 years, but he’ll also release two self published CD’s.

On July 9th 2012 he’ll present two cd’s in the Concertgebouw in Amsterdam. At 19:00 he will present, for invited guests only, the Duo cd ‘PURO’. With the Argentinean pianist Juan Pablo Dobal he made a program in which poly-rhythmic Argentinean folklore is alternated with own compositions.

At 20:15 the new ‘Kraayenhof Tango Ensemble’ will present in the main hall of the Concertgebouw the new CD ‘іFUERZA!’

Bandoneonist Carel Kraayenhof is the indisputable Dutch star of the Argentinean tango. He and his Sexteto Canyengue are world-famous for more than 25 years. In love with the sound combination of the bandoneon and string-instruments he lately founded a seven-member ensemble: the Kraayenhof Tango Ensemble (KTE).

He found inspiration among others in the Argentinean tango, in which bandoneon and strings are inextricably bound up with each other for more than a century.  The specialty of the ensemble is the tango nuevo repertoire and light classical music, composed by Astor Piazzolla, Juan Pablo Dobal, Kraayenhof himself and others. The program is characterized by melancholic melodies, alternated with intense tango beat and contemporary compositions.

Kraayenhof Tango Ensemble in the Amsterdam Concertgebouw on july 9th 2012