After Carel and I saw the documentary ‘El sonido del bandoneon’, by Jiska Rickels, at the end of 2012 we decided to start collecting money to buy bandoneons to bring to Jujuy, one of the poorest provinces in Argentina. We thought it was time to do something back for the country that gave us so much. Above all we believe it is of essential importance that the folklore music (with bandoneon) from the north of Argentina stays alive. After 4 years of savings, a benefit concert by the Sexteto Canyengue, receiving a great donation from the tango school ‘El Fuego’ located in Engelen- NL (Wolter and Nettie Kloppenburg), a lot of help and all sizes of donations from many people involved in the project we travelled last July to San Salvador de Jujuy.

In the country of origin of queen Maxima (of The Netherlands) live children who go to bed hungry. Compared to our country (The Netherlands) there is an enormous difference between rich and poor. Girls who are 10 or 11 years old are getting pregnant and some of them have several children by the age of 20. Unprotected sex is causing an explosion of HIV cases amongst youngsters under the age of 20… Sometimes young mothers with large families only realize after days that one of her children are missing. This gives human traffickers the chance to kidnap and abuse children before they are even missed. 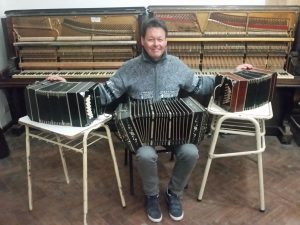 But Maxima’s country is a pretty country, right? A country of rich culture, beautiful nature and fantastic people? 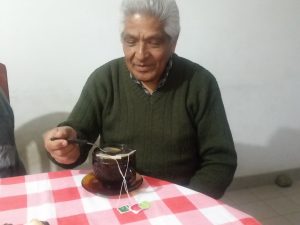 Yes, that is correct. One of the most amazing places in the country is the north of Jujuy, a province next to Chile and Bolivia, which is escorted by the mountains of the Andes. The province’s capital, San Salvador de Jujuy, is the home of Daniel Vedia; Daniel is a bandoneon player/composer and teacher with a mission, a mission which could be a great importance for the future of Jujuy. He is trying to fulfill his life’s dream with the project ‘Jujuy Luz’ (“Jujuy Light”). Daniel gives bandoneon lessons to kids and young adults, just as his student Fabricio Aramayo. Daniel wants to prevent that the knowledge of the folklore music gets lost and that is why he makes children aware of their cultural identity. During his lessons he teaches children discipline to study; often this discipline grows into passion for music, leading the children to a better path, away from drugs and prostitution. The music schools are officially recognized by the government. By now there are a few instruments available and some teachers, but they have not received their salaries for the past six months, and not given a reason for that either. This is a direct effect of the cultural policy of the new government from president Macri, which ignores the fact that these teachers in many cases provide vital support and shelter for many children and their parents. Parents who hope that their children will not end up on the wrong path in life. With financial support from parents these teachers have been able to keep on giving lessons, but by now they are reaching a critical limit; If they are forced to stop, the future of the folklore music, and the future of these children, will be uncertain.
Through our Foundation Clavel Rojo we have brought already 7 bandoneons to Jujuy. Another bandoneon will be sent next month to Jujuy by bandoneon maker/tuner Oscar Fischer from Buenos Aires.
In October 2016 Tis Marang (bandoneon tuner and repairer) will travel to Jujuy to teach ten young people who are interested in learning how to repair and do maintenance of bandoneons. 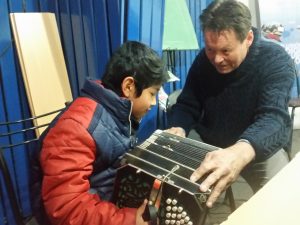 A very talented candidate to eventually become tuner and repair specialist of bandoneons in Jujuy is Fidel Hoyos.  Fidel is the man who made bandoneons out of wine carton boxes on the documentary ‘El sonido del bandoneon’. 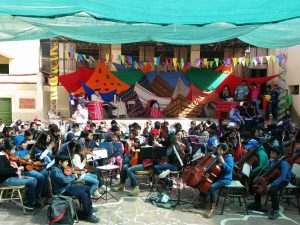 Activities by Carel and Thirza for the project ‘Bandoneons for Jujuy’, in time sequence:
        Talk with Daniel Vedia about his work and vision for the future.
        Trip to Palpala to bring a bandoneon which was donated by Arjan Sikking (tango dance teacher and chairman of the Foundation Clavel Rojo) to the music school. Met with the mayor and press and had a jam session with young musicians. 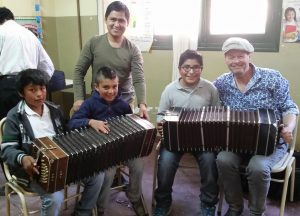 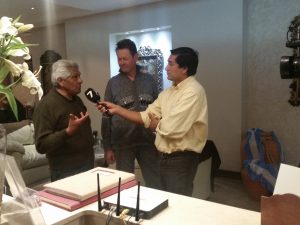 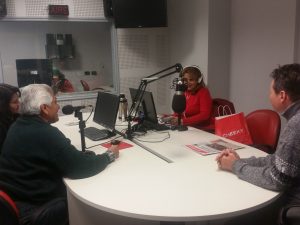 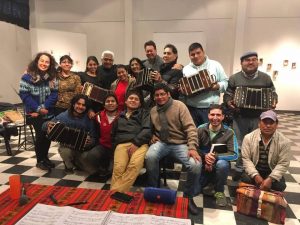 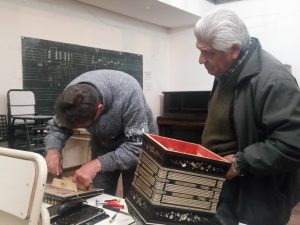 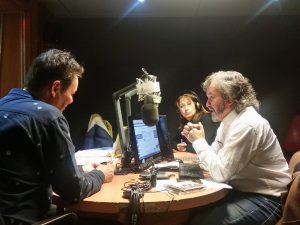 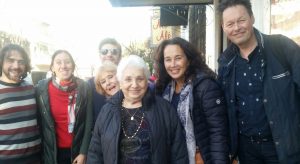 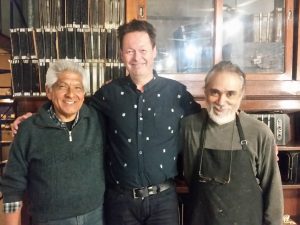 Conclusion:
        There are 7 bandoneons from our project in Argentina, including one which yet has to be sent by Oscar Fischer to Daniel Vedia. (5 were already on location, 1 was taken by us to the music school, 1 was taken to Jujuy by Daniel at the end of our trip).
        There is a big problem which is that music teachers did not receive their salaries for the past 6 months… How long can they keep on giving lessons?
        The bandoneons are being correctly distributed and used by the youth, coordinated by Daniel Vedia.
        The people from Jujuy are very happy and thankful for our donations. Carel and Thirza received a plaque as token of appreciation.
        The music schools have a much larger function in society than we could have imagined.
        Our visit made good impact: finally the press in Jujuy and in Buenos Aires gave attention to the project.
        Just before our departure Daniel Vedia informed us that the city council of San Salvador has honored him with a culture prize thanking him for his efforts. Even though this was not a financial prize, it is a very important acknowledgement which may lead to a greater awareness by the Ministry of Culture of Jujuy. Our hope is that they finally support important initiatives, such as our collaboration with Daniel. 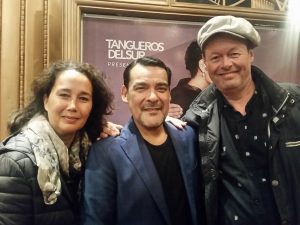 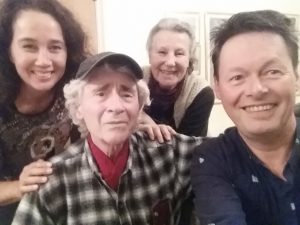 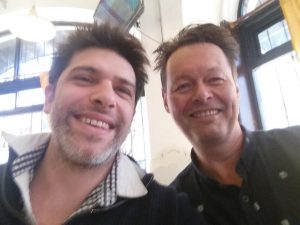 Future:
Carel and I would absolutely love to keep on sending bandoneons to Jujuy and supporting the music teachers with help from The Netherlands (and any other countries). How are we going to do this and who can we contact to manage this in the most professional way possible?