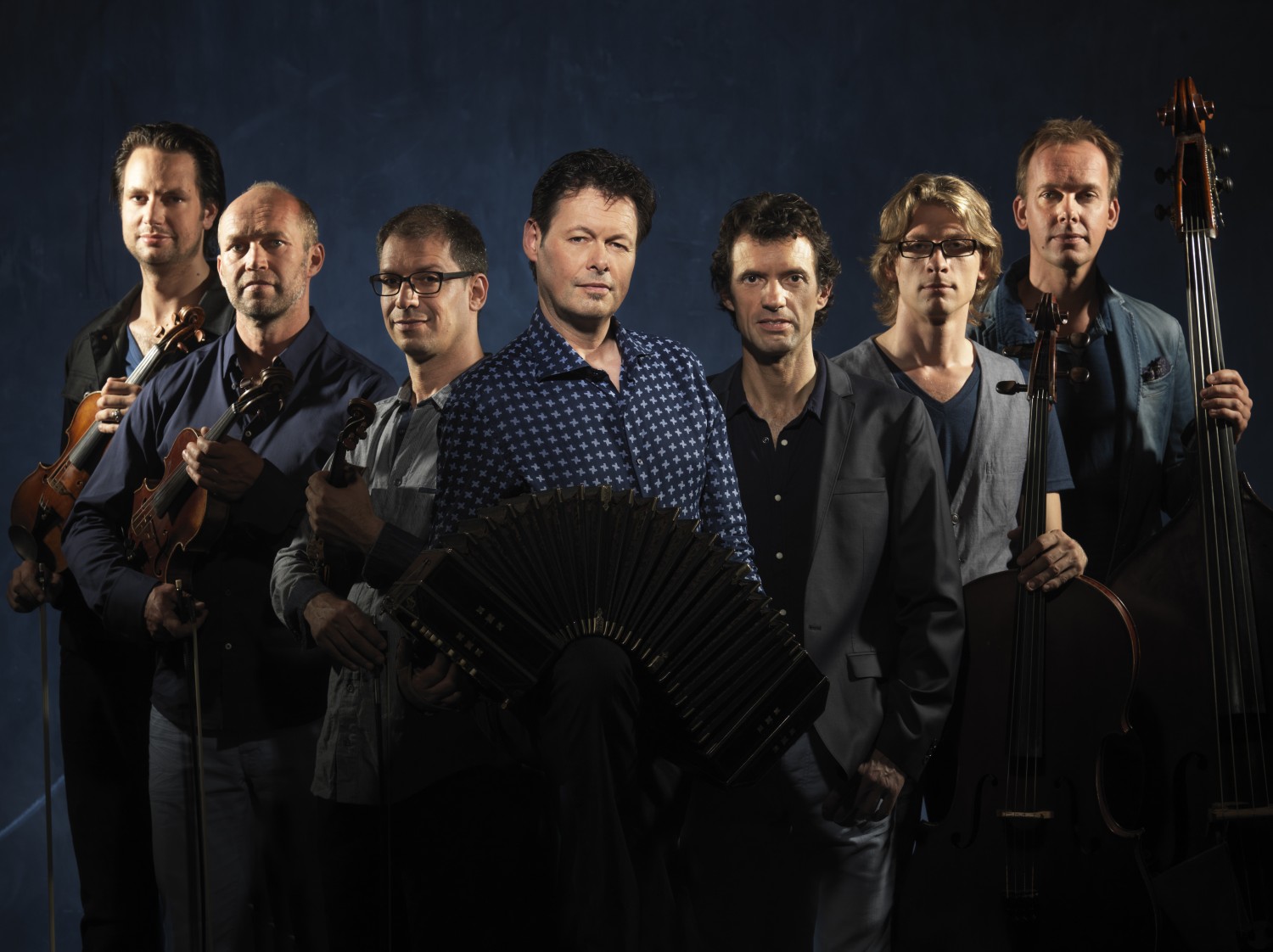 In love with the sound of the bandoneon and stringed instruments, Kraayenhof creates a new ensemble; Kraayenhof Tango Ensemble, also known as KTE. The bandoneon combined with a string quartet, contrabass and piano. The inspiration for this new ensemble partly comes from his experiences as a soloist at various international orchestras but also from the Argentinean tango, where bandoneon and stringed instruments have been going hand in hand for more than a century.

You have chosen for an ensemble where the bandoneon is combined with five stringed instruments. Why this formation?

As bandoneon soloist I’ve worked with many various orchestras, varying from orchestras from the Netherland to London Symphony Orchestra and Sydney Symphony Orchestra. In June for example, I have a show with the Hong Kong Philharmonic Orchestra. Those orchestras are of course all different. They all sound different and moreover, those orchestras reflect our society. Sometimes the first violist is Korean or the conductor is from Brazil or for example Estland. I meet new people with various energies and ideas about music. And through all these years I’ve heard a lot of sounds in the combination of those instruments that really fascinate me.

There was this one time in Argentina in Córdoba, about 620 miles (1000 km) from Buenos Aires, I saw a man playing the bandoneon with ten stringed instruments and a piano. I was flabbergasted, it was outside! Great! It was so beautiful! It’s fascinating what you can do with that combination: you can sigh, scratch, and yes deeply stir people and that is amazing. Because they are acoustic instruments that demand physically hard work; it’s a sound that I want to proceed with. I want the audience to experience all feelings when they hear that. Goose bumps, you shiver and notice tears in your eyes, your breathing stocks, and you’re on the tip of the chair. That is what happens to me when I listen to this kind of formations.

What makes this ensemble so pleasant is that Juan Pablo Dobal (piano) is a part of it, with Bert Vos (violin) and Jaap Branderhorst (contrabass). It’s a formation where we can create an amazing repertoire for. For example we play a piece that Astor Piazzolla wrote especially for bandoneon and string quartet. That piece is from “Five Tango Sensations” and is called “asleep”, a really amazing piece. And of course I’ve written pieces for this formation myself like ‘Desconcierto’, a milonga campera (guitar style of the gaucho’s), that starts with an intimate intro on cello.

Who or what inspired you?

De suite I composed myself, ‘Suite Compassión’, is a piece that we are going to play. A lot of inspiration in that composition comes from Alberto Ginastera who, in contradiction to Piazzolla, wasn’t really in to tango from the city but more into folklore of the countryside. Another composer that inspired me is Leonard Bernstein. Like Piazzolla portraitted Buenos Aires in his tango Nuevo, Leonard Bernstein has portraitted another big immigrant city in America in his music, New York. He is a composer whose influences can be heard in the sounds of the suite I composed. Like in ‘Desconcierto’ you can hear elements of Samuel Barber, who is also a very inspiring composer.

But what is very exciting for me is that we are also going to play ‘the four seasons’. Piazolla has, by good traditions like Vivaldi did, composed the four seasons of Buenos Aires: ‘Cuatro Estaciones Porteñas’. And we are going to play that in an arrangement for bandoneon, piano, contrabass and a string quartet. Besides that we’re also going to play an arrangement from a movie from another Argentinean composer, ‘Ill Postino’ by Luís Bacalov. The piece is especially written for bandoneon and string orchestra, very touching. For the rest we play a bolero that I have written for my father: ‘Te Ilevo en mi alma’ (‘I carry you in my soul’) and where I always play the piano myself.

I’m very excited! Where and when can we admire all of this?

Early April we have three concerts together with Quirine Viersen in Groningen, Heerlen and Kortenhoef. And then in September we have the Première of the Kraayenhof Tango Ensemble at the Tropentheater in Amsterdam.

Come see our show and enjoy!