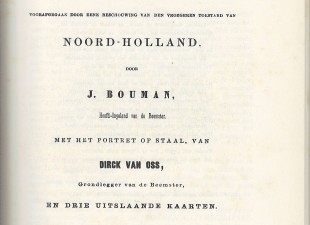 Dear readers, about my new piece for the 400th anniversary of the Beemster: the tilte will be ‘Bamestra’, the old name of the Beemsterlake that was drained in 1612. The composition sketches the lake (introductiontheme) , referring to the war with Spain (intense Spanish theme) ; in 1609 their was a 12-year truce with the Spanish, this was convenient for the draining; the Spanish theme in 6/8 seems becomes a Irish reel: this refers to the lovely story of the skipper Peter Pikmans from Hoorn, who dredged up the gold from Spanish ships around 1595, those ships became shipwrecked on the Irish coast; with that gold he financed partially the draining of the Beemster. After all of this comes a quiet milonga campera (the Beemster pampa), with as melody the Beemster song that goes back to the introductiontheme through a Piazzolla-like fragment.